Snowballs and open fires aside, winter isn’t all fun and games.  Dark mornings and dark afternoons pose their own mood-detracting challenges for workers and employers alike. And that’s not all.

Acas has a guide to dealing with winter’s workplace issues. It lists adverse weather, colds and flu, a flurry of holiday requests, and wellbeing in the workplace as seasonal issues that employers must carefully manage. Plan in advance, is the advice.

So, go on. Sort out your policies, get your systems in place, and grab winter by the horns.

In May this year we reported the case involving the estate agents, Chestertons. It was about whistleblowing; in particular, the requirement that a worker must reasonably believe that their disclosure is in the public interest in order to benefit from whistleblowing protection. The case decided that something that was of interest to 100 senior managers could be in the public interest.

Underwood v Wincanton builds on that. Mr Underwood was dismissed after he and colleagues made disclosures to their employer about the unfair distribution of overtime to drivers. He claimed that he had suffered detriment and had been automatically unfairly dismissed because he had made protected disclosures. But did the disclosures have the necessary ‘public interest’ element? The tribunal held not and struck out the claim at a preliminary stage.  The complaint was about a group of workers who had an identical grievance about an aspect of their employment contracts; this wasn’t in the public interest, the tribunal said.

By the time the case arrived at the Employment Appeal Tribunal (EAT), the Chestertons case had been decided. It was clear that ‘public’ could be a subgroup, even if made up only of people employed by the same employer on the same terms. So the EAT reached a similar conclusion in the Underwood case: it is at least possible for a matter to be in the public interest even if it’s only about a contractual dispute between a group of employees and their employer.

The upshot is that the claim will now proceed and it will be for the tribunal to decide the outcome. The EAT made reference to the fact that the Chestertons case is being appealed, and that until that hearing takes place in October 2016, its conclusions should be followed. So, for now at least, workers who disclose information in the right way about a breach of their (and their colleagues’) employment contracts could have whistleblowing protection.

Does your business rely to some extent on casual labour? If so, you may well be using zero hours contracts. They can be really useful, flexible ways of covering things like staff illness, seasonal work, projects and ‘on-call’ duties.

But you won’t have failed to notice that zero hours contracts have been in for some criticism recently. A huge bone of contention has been around exclusivity clauses; terms within these agreements that stopped workers topping up their (fluctuating) earnings by working elsewhere. Now that these clauses have been banned, zero hours contracts have clawed back some popularity. But are you comfortable about when and how to use them?

This guide from the Department for Business, Innovation & Skills should help:

It has some really clear pointers about appropriate and inappropriate use. It’s also good on best practice and on alternative arrangements that you could put in place.

And, while we’re on the subject, the Government has published draft regulations (the ‘Exclusivity Terms in Zero Hours Contracts (Redress) Regulations 2015’) which could thwart employers who ignore the ban on exclusivity clauses. Yes, these clauses will be unenforceable and, yes, employees could choose to take no notice of them. But the regulations will offer certain specific protections for people working under zero hours contracts:

Where an organisation is to take over the delivery of a service, workers who currently do that work sometimes transfer over to that new service provider. It’s a fundamental rule of TUPE. However, only workers who are assigned to an “organised grouping of employees” make the move. And that was the key point in this case.

Mr Hodgkins was employed by Inex. Work was subcontracted to Inex in tranches by a company called Thomas Vale. There was a pause in the work supplied and Inex laid Mr Hodgkins and some of his colleagues off under the terms of a construction industry national agreement. It was a temporary stoppage and Inex continued to employ them.

When Thomas Vale issued its next batch of work (which was pretty much the same work as Inex had previously completed), it went to a different subcontractor. Had Mr Hodgkins and colleagues transferred to that new subcontractor?

The tribunal held not; they weren’t an organised grouping  working on Thomas Vale’s contract immediately before the service passed to the new subcontractor. The Employment Appeal Tribunal took a different view, however. Just because there has been a temporary absence from work, or work has stopped, that doesn’t mean that there can’t be an organised grouping of employees who had been involved in the relevant activities. They don’t have to have been engaged in those activities immediately before the transfer.

As part of moves to close the gender pay gap, the Government has announced that larger employers – those with more than 250 employees – will be forced to publish details of the bonus payments they make to male and female staff. This is expected take effect in the first half of 2016.

Other measures will include requiring the public, as well as the private and voluntary, sector to publish average pay details for male and female staff. The Government also wants to eliminate all-male boards in the FTSE 350.

Details of the rules on pay reporting will be published in new regulations. In the meantime, the provisions are being hailed by some as a start. The TUC General Secretary, Frances O’Grady, said, “Employers need to look at why women are still being paid less than men and do something meaningful about it.”

Is a worker working when they’re on-call but not… working?

Did all those nighttime hours constitute working hours, even though he slept during them? The tribunal held that he was only working when he was called on to help the care worker. As he was already being paid the National Minimum Wage for those times, he lost this aspect of his claim. The Employment Appeal Tribunal upheld that decision.

It’s important to remember, then, that just because a worker is at their place of work, it doesn’t mean that they are ‘working’. The usual rule is that if someone is available at or near work to do salaried work and is required to be available for work, then those are working hours. But, as this case has highlighted, it’s different where the worker is spending time at home. Then they’ll only be working when they are “awake for the purpose of working”.

It can be a difficult legal area to navigate and, as it’s so fact-specific, there’s plenty of scope for argument.

An interesting take on the concept of associative discrimination.

Mr Abrams was a member of a limited liability company and was due to retire at 62. He set up a limited company (he was the sole director) which then took his place in the LLP. The limited company was entitled to the profit share that Mr Abrams would have received directly, had he still been a member of the LLP. The company agreed to provide services of an appropriate fee-earner to the LLP.

The LLP didn’t want Mr Abrams to do the work after the time at which he’d normally have retired. On its face, age discrimination. But could the limited company claim discrimination on the basis of detrimental treatment because of its association with someone who had a protected characteristic?

Yes, said the Employment Appeal Tribunal. It’s not just individuals that are protected under the Equality Act. The law is about discrimination by one person against another person – and ‘person’ includes a limited company. As associative discrimination is well established when it comes to individuals’ claims, companies may also be protected.

Telecoms company TalkTalk has been the talk of the town for all the wrong reasons lately. But when it comes to protecting data, it’s not just hackers that businesses should fear. The problem can come from within, as supermarket chain Morrisons discovered. It’s being sued by 2,000 members of staff after its former company auditor uploaded the personal and financial details of nearly 100,000 Morrisons workers to a file-sharing site.

The auditor was jailed, but that didn’t put the business’ problems to bed. Far from it. Staff are claiming that Morrisons didn’t do enough to protect their data. The supermarket is reported to be denying liability for the actions of a rogue individual.

As every business knows, the stakes are high where personal information is concerned. Serious breaches of the Data Protection Act can attract fines of up to £500,000. And then there are claims and reputational damage to factor in – which, in some cases, hit hardest. We’ll have to wait and see how this one pans out.

END_OF_DOCUMENT_TOKEN_TO_BE_REPLACED

An economic boom is on the horizon. Don’t delay your recruiting plans – act now or risk being left...

END_OF_DOCUMENT_TOKEN_TO_BE_REPLACED

All You Need To Know About IT Contractor Interviews

END_OF_DOCUMENT_TOKEN_TO_BE_REPLACED

How to Retain Your IT Staff Before It’s Too Late

Act Now to Retain Your IT Staff Before its Too Late As we race towards the end of a somewhat...

END_OF_DOCUMENT_TOKEN_TO_BE_REPLACED 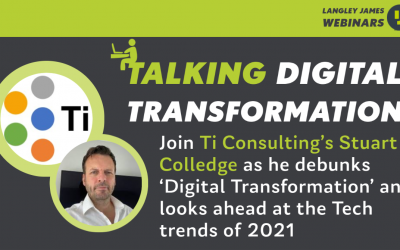 END_OF_DOCUMENT_TOKEN_TO_BE_REPLACED

Soft Skills gaining importance in IT Recruitment   Adaptability is a priority in IT...

END_OF_DOCUMENT_TOKEN_TO_BE_REPLACED

Jobs Market Remains Resilient Despite an Inconsistent Economy. We will look back on this time with...

END_OF_DOCUMENT_TOKEN_TO_BE_REPLACED 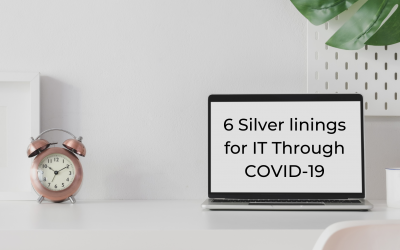 6 Silver Linings for IT during Covid-19

6 Silver Linings of the COVID-19 pandemic for ITUnquestionably, the coronavirus crisis has...

END_OF_DOCUMENT_TOKEN_TO_BE_REPLACED 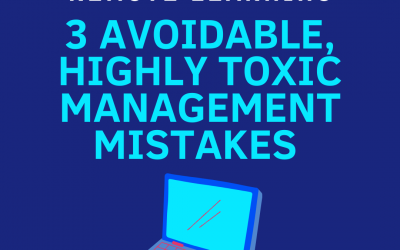