Last month the government announced new steps they are pledging to take in order to close the workplace gender gap. With the new national living wage and legislation requiring companies with more than 250 employees to publish details of their pay gaps, the Prime Minister said “transparency, skills, representation, affordable childcare – these things can end the gender pay gap in a generation.”

In the UK, and consistently around the world, women still earn less than men. But what does this mean for organisations, workforces and for the nation’s 28.5 million women?

The debate remains that some women may opt for more of a work life balance to the detriment of their pay packet, and not all women strive to be board members. The ILO (UN’s International Labour Organization) found that “mothers were more likely to have career breaks, switch to part-time work, choose jobs that help to reconcile work and family – which are usually lower paying – and miss out on promotions”.

However opportunities should be equal in all situations. Flexible working rights, tax-free childcare schemes, new enterprise allowances and public awareness campaigns, such as International Woman’s Day, are all factors that are helping to close the gap in equality. However, the pay gap in the UK stands at 19.1% and is above the EU average of 16.4%.

Still, there are more women-led businesses currently in the UK than there ever has been as well as a record number of women in work, suggesting things are heading in the right direction. In April this year 285,000 working couples became eligible to share maternity/paternity leave – another step towards making opportunities equal.

The benefits of gender diversity to business

One of the most prominent figures representing women in IT, Dame Stephanie Shirley champions diversity in the workplace in all forms, not just gender. She has a mission to get a million people with Asperger’s syndrome into the IT industry by 2020 and has also tackled the subject of ageism. She advised: “women must recognise and grab the many opportunities the tech industry offers.”

Diversity in general is beneficial to the workforce and is said to help business growth. Pinky Lilani, founder and chair of a number of awards which attempt to recognise influential women and leaders says: “I think women are very collaborative and they do tend to love to work together. I think different dynamics come into place when people are working together – the results are much better. Women tend to think of solutions whereas men can sometimes be focussed on proving how great they are. It is a basic generalisation, but that is the kind of feedback I get from a lot of women.”

This year, the number of female millionaires in the UK increased by a third. Many women who have previously worked for large corporations, but have moved on to have families and grown tired of the politics of the corporate world, have chosen to set up their own business. Flexibility, and the opportunity to pursue a passion may also be the driving factors encouraging women into business. However, a startupDNA survey found that women are half as likely to receive venture capital funding than men.

Is there more to be done?

Despite the government’s efforts, there is still no legal requirement for organisations to act on the gender gap data they are required to publish. It also doesn’t require businesses to carry out equal pay audits, looking at similar work done by men and women and aiming to close pay gaps.

There’s a complex web of cultural, economic and corporate factors that contribute to the current status quo of women in the workplace and it’s no doubt we are in a better position than we were 20 years ago, but there are still steps to be taken to create true diversity and equality in all UK workplaces. 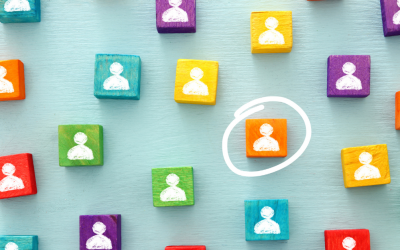 What does the next 12 months look like for IT recruitment? What trends are we likely to see? Our experts share their top tips.

END_OF_DOCUMENT_TOKEN_TO_BE_REPLACED 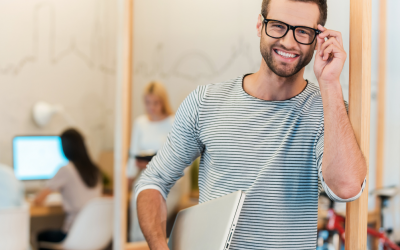 The Truth About IT Contractors

Is an IT contractor right for your business? Our experts share the real truth about IT contractors and how they can benefit you.

END_OF_DOCUMENT_TOKEN_TO_BE_REPLACED

Questions Never to Ask When Interviewing in IT Recruitment

Questions Never to Ask When Interviewing in IT Recruitment If you are given the task of...

END_OF_DOCUMENT_TOKEN_TO_BE_REPLACED

Soft Skills in IT Recruitment and How to Assess Them

Soft Skills and How to Assess Them  Assessing a candidate’s professional or ‘hard’ skill...

END_OF_DOCUMENT_TOKEN_TO_BE_REPLACED

How to Achieve Recruitment Stakeholder Unison

How to Achieve Recruitment Stakeholder Unison Successful recruitment relies on consistent and...

END_OF_DOCUMENT_TOKEN_TO_BE_REPLACED

How to Write a High-Performance IT Recruitment Job Description

1st Class Interviewing: Part 1 of 12 How to Write a High-Performance IT Recruitment Job...

END_OF_DOCUMENT_TOKEN_TO_BE_REPLACED

An economic boom is on the horizon. Don’t delay your recruiting plans – act now or risk being left...